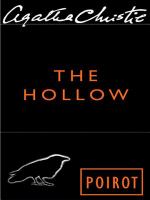 Lucy Angkatell invites Hercule Poirot to lunch. To tease the great detective, her guests stage a mock murder beside the swimming pool. Unfortunately, the victim plays the scene for real. As his blood drips into the water, John Christow gasps one final word: 'Henrietta'. In the confusion, a gun sinks to the bottom of the pool.

Poirot's enquiries reveal a complex web of romantic attachments. It seems everyone in the drama is a suspect - and each a victim of love.

Michel Houellebecq's comment on this novel describes it very well:
"A strange, poignant book; these are deep waters, with powerful undercurrents."
I did not enjoy it as much as some of the other Poirot novels, as I found it to be less light-hearted. However, it was still a good read. Note: it's more mature than your average Agatha Christie. Read if you enjoyed "And Then There Were None".

The print is teeny-tiny. Returning unread. Will try to find another copy with larger print.

extremely interesting... brilliant... although I am a huge Christie fan, every time, I read another book, she just dazzles me... a brilliant read in the holidays...

readingfairy thinks this title is suitable for 16 years and over

blue_dog_17792 thinks this title is suitable for 11 years and over

The Hollow by Agatha Christie is is about the murder of John Christow. John Christow is a doctor married to a dim-witted and slow, but very loyal (almost like a dog), woman named Gerda. John also happens to be having a love affair with his cousin, Henrietta. John is quite excited about spending a long weekend with his very well-off and esteemed family in the country. The hosts, Lucy and Sir Henry Angkatell, also invited Henrietta, another cousin called Midge, another cousin called Edward, and another cousin (one whom they have never met before) called David. On their first night here, they get an get an unexpected visit from their neighbor, Veronica Clay, who John used to be madly and engaged to 15 years earlier. But John broke it off because she was going to hollywood to be an actress and he wanted to be a doctor. She came in looked for matches and John saw her home, and no shocker, they hooked up. The following morning John got a letter from Veronica saying that she needed to see him so he went over and she started talking about their future life together. John refused and said he was married and didn’t love her anymore. On the way back to where he was staying he stopped by the pool, where he was shot. Before he had died (as he was laying on the floor) Lucy, Henrietta, Edward, and the detective Hercule Poirot (we was invited to have lunch with them). Standing over Johns body, holding a revolver, was his wife Gerda with a blank face. As the story goes on it is noted that the murderer could not have been Gerda and many other facts are uncovered, like Edward’s love for Henrietta, or Lucy wanting Henrietta to marry Edward but she wouldn’t because she loved John, or the revolver that Gerda was holding was not the one that killed John.
I would rate the book pretty decently. I always love mystery novels, but the middle of the story seemed rather slow and Hercule Poirot's involvement in the story was almost non existent until the end.
I would recommend this book to anyone who enjoys mystery books and also anyone who just enjoys characters of an old-fashioned high-class manner, because this book has a lot of those.